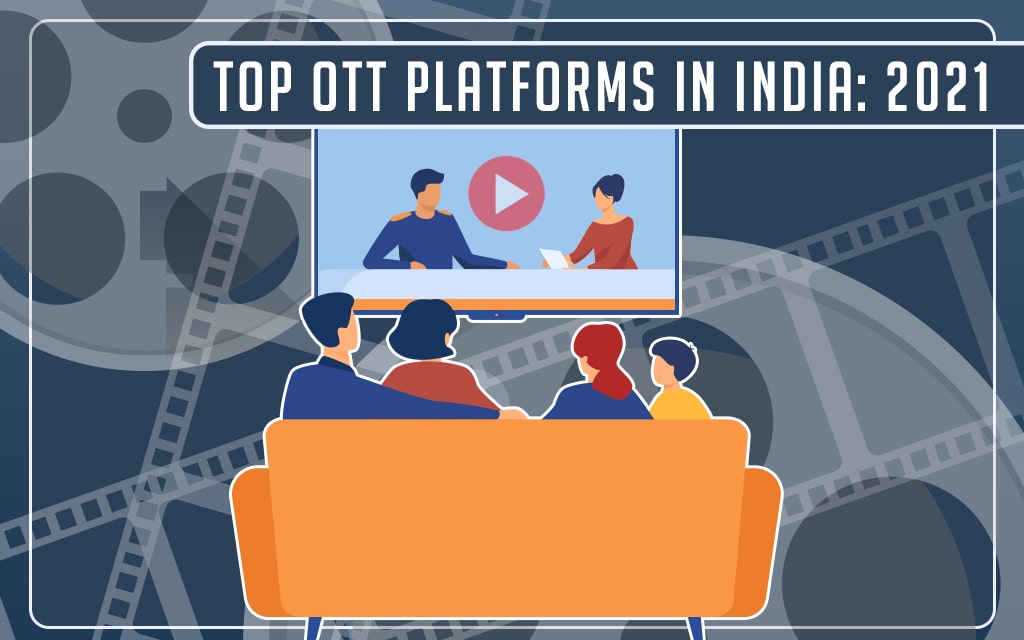 We live in an era where technological advances have made the unthinkable possible, especially in the media and broadcasting sector. While previously TV was our only medium of entertainment, today, OTT platform content is considered to be an even greater medium of entertainment. The catalytic popularity of OTT platforms in India has resulted in a great number of players entering the digital ecosystem.

Today, OTT platforms are in such high demand that many filmmakers and entertainment houses are regularly making content exclusively for them.

There have been several instances wherein the closure of the theatre halls, due to the ongoing pandemic, has resulted in many filmmakers releasing their new movies exclusively on the OTT platforms.

While there are several major players involved in serving OTT content, many different smaller players are also making their foray into the OTT space in India. Some of the top OTT platforms and some upcoming names are listed below:

The immense popularity that this Star India owned OTT platform has garnered in a short while since its formation in the year 2020, is simply mind-blowing. By offering two different types of subscriptions, Disney+Hotstar has ensured that it has something exclusive to offer to all its viewers.

For people with VIP membership, domestic programs, sporting events etc. help satisfy their entertainment cravings. Those with the Premium subscription plan are the ones who have cosmopolitan tastes and hence get to watch many international movies, web series etc.

Currently boasting about 300 million users who are active in India, this platform also played host to the launch of such successful movies like “Dil Bechara”, “Sadak 2”, Lootcase etc.

This OTT platform has made quite an impact among the Indian audience since its launch in 2016. The move to offer it as a combination package from telecom operators has further added to its popularity. Known for streaming such popular web series as “Four more shots”, “Mirzapur” etc., Amazon Prime has also forayed into offering regional content.

Consequently, it is now available in a host of Indian languages like Bengali, Tamil. Punjabi. Telugu etc. It has diversified content of several genres in its kitty. This ensures viewers get a healthy mix of Hollywood and Bollywood movies and web series to enjoy from making Amazon Prime one of the major OTT players in India currently. Amazon Prime has about 10 million users.

It has also witnessed record sales in the year 2020 emerging as one of the key OTT platforms in India. Along with streaming movies, anyone who subscribes to Amazon Prime also gets an automatic membership for Amazon Music and becomes eligible for all prime benefits offered by Amazon.

Even though Netflix originated in America as an OTT platform primarily offering subscription-based video streaming services, it has made a mark in India as well. It is, perhaps, the only OTT platform that offers content through the online library that it so diligently maintains.

Even though its subscription rates are slightly on a higher side, there can be no doubt that viewers get what they pay for. Home to some of the best movies ever produced like “The Irishman”, “Shoplifters”, “Haider” etc., Netflix, today, has an estimated 4.6million Indians as its paid subscribers.

Furthermore, its plans of acquiring the rights of popular sitcoms like “Friends” and the plethora of original content it is already offering have ensured that Netflix continues to remain a major player in this segment. The fact that it is relatively expensive yet boasts of higher watch-times as compared to the other OTT platforms in India is proof of the popularity it enjoys in India.

This Indian SVOD service was launched in the year 2016. It also offers AVOD streaming services across platforms and devices. Available only in India, this OTT platform sources content from Colours, MTV, Nickelodeon etc.

Regional content in different languages other than Hindi and English like Bengali, Gujarati, Tamil, Telugu, Marathi etc. are also streamed. While it was initially a free channel, its paid version, ‘Voot Select’ offers Voot original stories exclusively for its audience. It has reported having about 100 million monthly users, making it an Indian OTT platform of immense repute.

Wholly owned by Balaji telefilms Limited, AltBalaji was another Indian OTT platform that was launched in 2017. In the year 2020, when OTT platforms in India were experiencing major popularity peaks, AltBalaji with its 35million paid users, witnessed huge revenue growth of around INR20cr.

Some of the notable movies that can be watched here are Mental Hood, Moksh to Maya, Bichoo etc. The biggest advantage of the Altbalaji OTT platform is that it can be viewed on 32 different interfaces including Tablets, Desktops, web browsers, Windows, Android TVs etc. It also claims to have the largest content bank in India with content available in many different genres like mystery, crime, drama, romance, comedy and thriller etc.

This Sony pictures held general VOD service boasts of a huge diversity of content that it has gathered from different Sony TV channels like Sony Sab, Sony TV, Sony max, Sony Pix, Sony six etc. SonyLiv is another one of the OTT platforms in India that offers content in English, Hindi and regional languages.

Two different subscription plans in the form of the free-ad supported plan and the premium plan offering paid services are in vogue and can be availed. Currently, its monthly active user base stands at around 70 million to 80 million of which paid subscription accounts for some 14 to 20 million.

Another Indian VOD OTT platform, this Essel group owned Zee entertainment enterprise is currently a premier OTT streaming platform in India. It is easy to access and is available on all Smart TVs, Android, iOS and web browsers. Its content consists of many popular TV shows, movies, sports events and web series.

Streaming such good movies as “Saand ki Aankh, Tashkent Files, Commando 3, Dreamgirl etc., along with content collected from Zee TV has ensured a YOY revenue growth of 2.3%. Currently, it has about 76.4 million monthly active users.

There are many new players in the OTT horizon who are trying to make a mark for them. Platforms such as PhunFlix are among the new names who are bringing regional content in vernacular languages as well as from upcoming filmmakers with their ‘Pay As You Go’ service. Such platforms deliver quality content at a nominal fee, Thus bringing entertainment to more homes.

With the OTT platforms in India experiencing stupendous successes currently, its future looks bright and promising. Additionally, the penetration of the internet along with the easy availability of affordable smartphones further supports the popularity of OTT in India.

This has paved the way for many other OTT platforms like BigFlix, MX Player, Hoichoi, Jio Cinema, PhunFlix etc. It would be interesting to see what the OTT scenario will be like at the end of 2021. 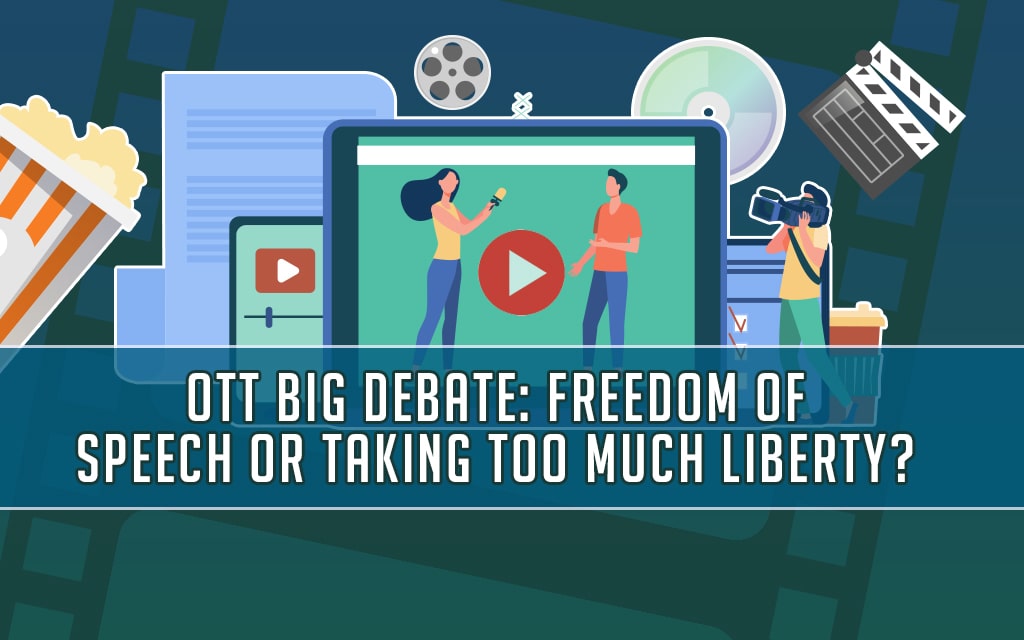 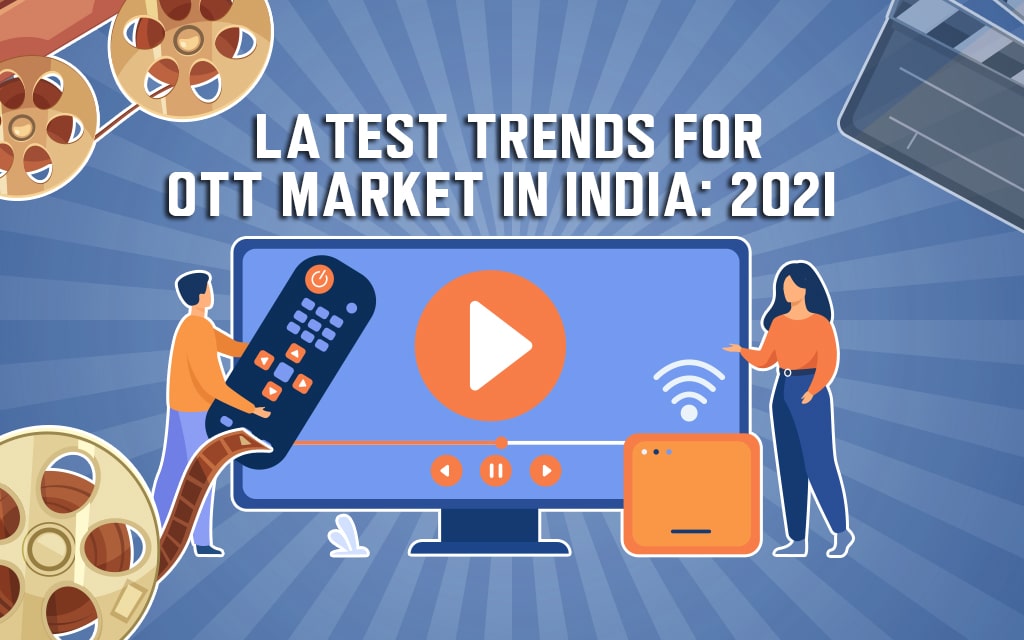