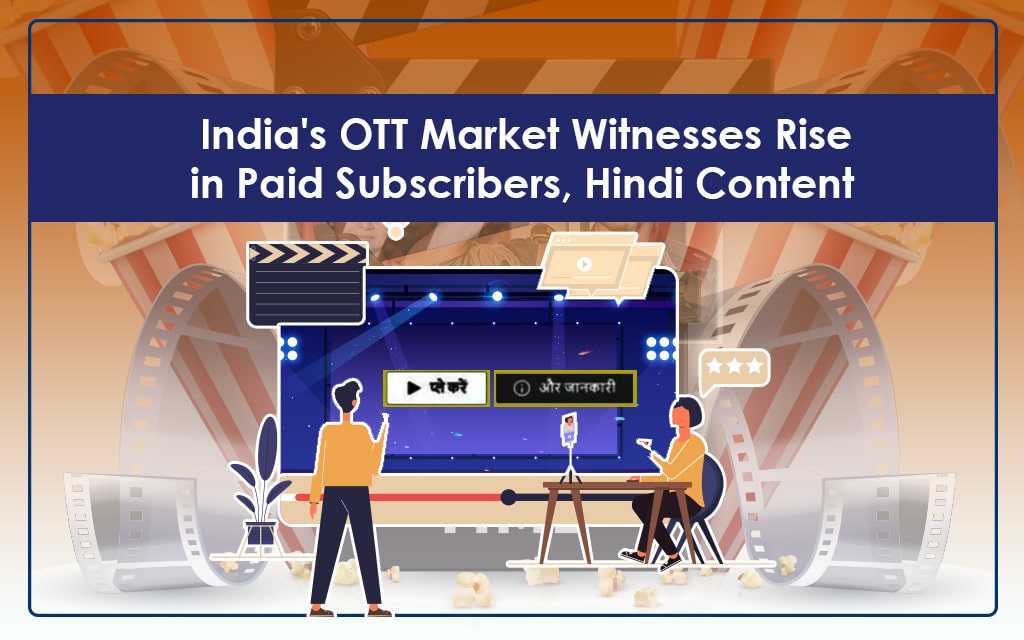 The last couple of years have witnessed OTT services surge in popularity in India. With deeper internet penetration, cheaper internet tariffs and sophisticated handsets, the leading OTT providers in India have reported a rise in the number of paid subscribers. Moreover, in 2019, 63% of the overall OTT video consumption was recorded in Tier II and Tier III cities. Along with a surge in paid subscription, the trend reveals the high demand for programmes in regional content, particularly Hindi.

Another striking statistic reveals that the overall consumption of data has recorded a 47% spike. On average, the monthly data consumption has surpassed 11GB per individual. Although Tier I cities attributed to a significant proportion of content consumption, the rural belts in India, along with the Tier II and III cities have driven the growth in online content consumption. The factors fostering the popularity of OTT providers in India are the abundance of content in regional languages and the number of entertainment platforms available.

Impact of Lockdown on the OTT Platforms

The limitation in accessing entertainment activities during the pandemic has largely contributed to the popularity of OTT platforms in this part of the world. The OTT sector has recorded a 30% rise in the number of paid subscribers between March and July this year. As a result, the number of paid subscribers jumped to 29 million from 22.2 million.

Since the masses were forced to remain at home during the lockdown, a significant rise was witnessed in the number of paid subscribers. Besides, people were deprived of the theatrical experience since the theatres and cineplexes have been shut ever since. No wonder, the OTT providers in India seized this opportunity, with customized regional content and new releases.

Interestingly, several production houses have also launched local OTT platforms. In this context, Voot, SonyLIV, ErosNow and Zee5 deserve special mention. Presently, global players like Netflix and Amazon Prime are facing competition from these platforms. To make an impact, the OTT providers are counting on regional content as their trump card.

Presently, platforms like Netflix, Amazon Prime and Hotstar are dominating the OTT landscape in India. Understanding the pulse of their respective customer base, these platforms are coming up with affordable monthly plans. For instance, Netflix had declared a tablet and mobile-only plan that was available at INR 199 a month. Knowing that the users are price-sensitive, the OTT providers in India have been conscious while tagging the prices.

As mentioned, Tier II and III cities attributed to the consumption of OTT content largely over the last few months. Particularly, Hindi content has been dominating the regional content consumption trend. A statistic reveals that Hindi content on OTT platforms accounted for more than 50% of the entire volume of the content streamed between April and July.

Besides, it is evident from another research that approximately 90% of the consumers prefer OTT content in their respective regional languages. English content engages just 7% of the overall time of the consumers. Since Hindi happens to be one of the most extensively used languages in India, the demand for Hindi content on OTT platforms has increased.

In terms of revenue generation, Hindi and other regional content have been one of the prime drivers for OTT platforms. In 2019, the Indian OTT market was worth INR 42.50 billion, which is estimated to rise to INR 237.86 billion in 2025. Besides, by 2023, India is likely to have more than 500 million paid online video subscribers. With internet penetration and smartphones doing the initial job, the availability of regional content is further driving the trend. The OTT providers are diversifying their content portfolio while gaining paid subscribers from all over the country.

The predominance of Hindi content on OTT platforms can be evaluated from the fact that most of the Hindi-speaking states like Madhya Pradesh, Maharashtra and Uttar Pradesh have registered a massive number of subscriptions. Besides streaming content online, users have been extensively downloading OTT content. A statistic shows that 98% of the 25 million internet users in the eastern part of UP consume Hindi web series available on Hotstar. Besides, 96% of the same population watch movies in Hindi on Hotstar. These figures range between 75% to 97% in Madhya Pradesh and Maharashtra.

Besides, it would be interesting to explore the quality of regional content gaining popularity in India. The viewership demography shows a significant difference, based on these parameters. In Maharashtra, drama and reality shows have been the most dominating niche. However, consumers in other Hindi-speaking states prefer thrillers and romance. In UP, drama happens to be more popular than family shows and romance, followed by thrillers.

There are new players popping up in this OTT industry such as PhunFlix who are offering the latest regional as well as global content to the consumers. Platforms like these make selling and buying online shows and movies easier and profitable for all.

Presently, the leading OTT providers in India are focusing on original content in vernacular languages to attract the viewers. Sacred Games, Paatal Lok, Special Ops and The Family Man are some of the instances that reveal the popularity of vernacular content. Of course, Hindi has dominated this trend right from the outset.

Some of the traditional broadcasters like Hotstar, Voot and ZEE5 are presently streaming original regional content. This has been an effective approach to engage their subscribers. Even independent platforms for streaming like ALTBalaji are making heavy investments in generating original content in regional languages.

Currently, the OTT platforms are primarily focussing regional content in different formats, like web series and movies. This is a tactical way to target the regional audience in different parts of the country. In the non-metro cities, the last few months have recorded an increment of 40% in the consumption of regional content. To be more precise, the subscribers spend 70 minutes on an average on OTT platforms. The high quality of regional content available at affordable packages has been a key driver of this trend.

Some of the OTT platforms have introduced sachet pricing and pack durations to boost the rates of subscription. This ensures that the subscribers can enjoy customized packages within their affordability. The rural segment of Indian consumers is price-sensitive. Therefore, this has been a strategic approach to enhance the rates of acceptance among these users.

While some OTT platforms are offering live streaming of sports for free to foster engagement, others are coming up with their unique features. Games and contests have been one of these aspects, which people can simultaneously play while streaming the content. For instance, the ‘Watch N Play’ social feed was available in Hotstar during IPL season 2019. Here, the viewers could win prizes by predicting the scores during a live cricket match.

Along with the mainstream content plans, the prime OTT providers in India are currently offering highly tailored plans in regional languages. Along with this, the direct-to-digital platform releases have significantly boosted the popularity of OTT platforms. Last May, Amazon Prime released a few Indian movies directly on the digital platform, while the theatres were shut during the lockdown. In 2021, ZEE5 will be releasing as many as 15 direct-to-digital programmes.

The popularity of OTT platforms would continue to rise. In terms of content production and genre, the industry is far from saturation. With intensive observation and studies, the leading OTT platforms are customizing regional and original content. Of course, Indians are all set to enjoy a wide plethora of regional content on OTT platforms in the coming years. 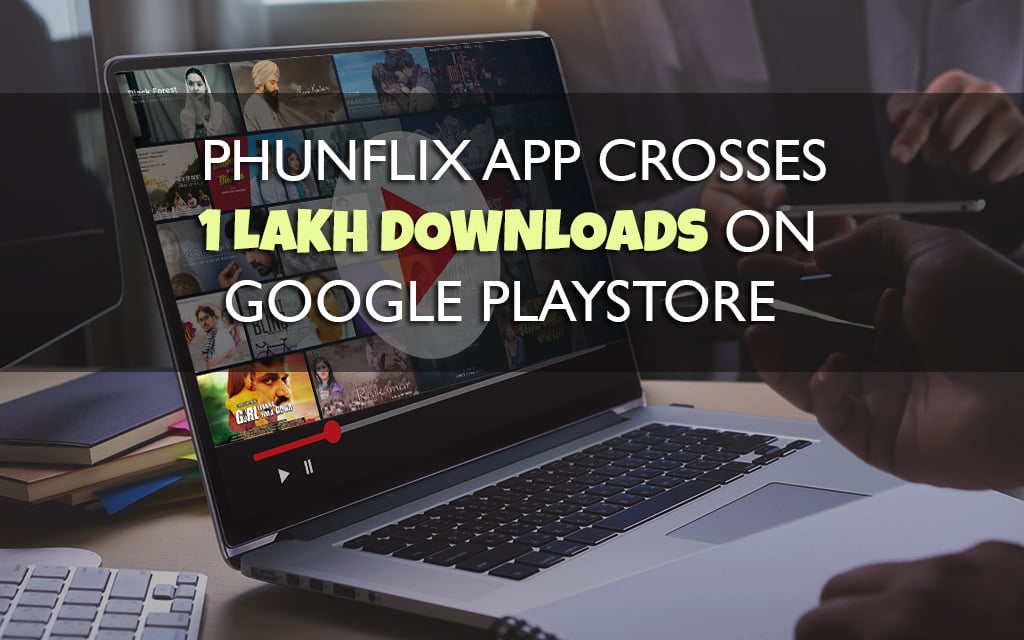 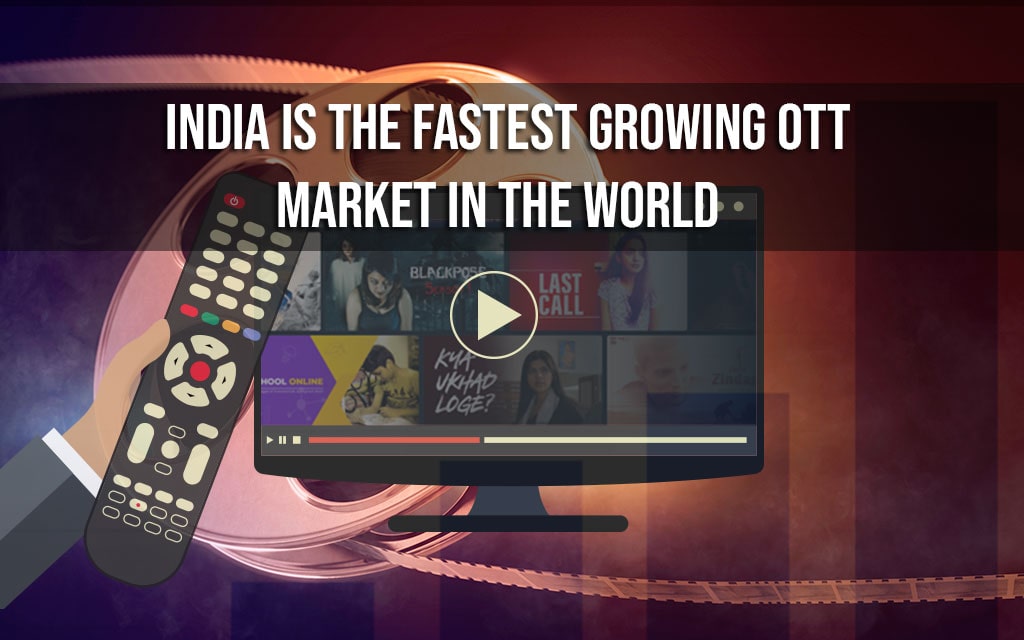 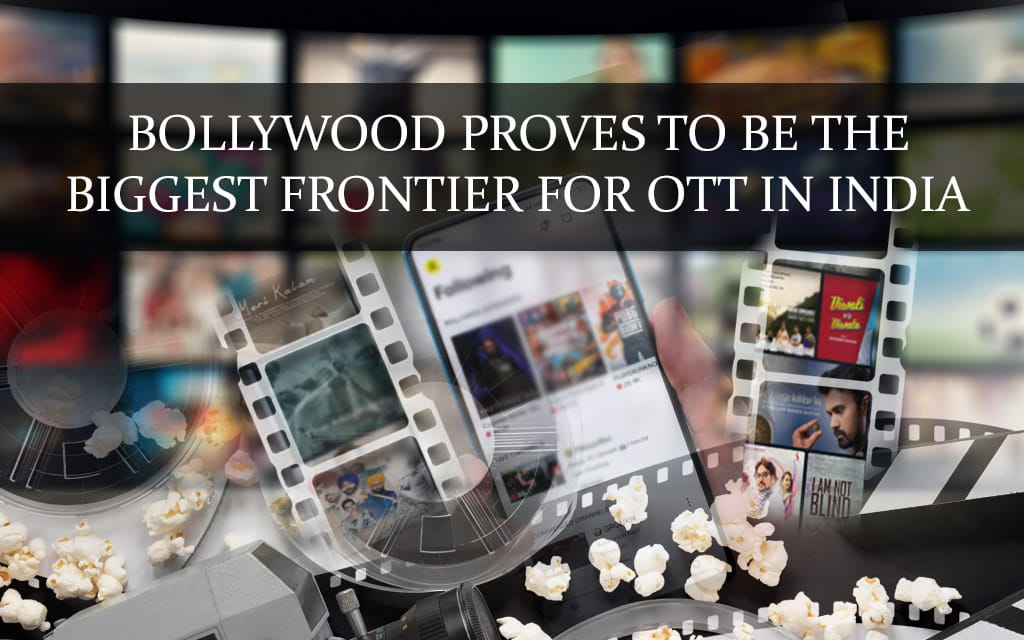 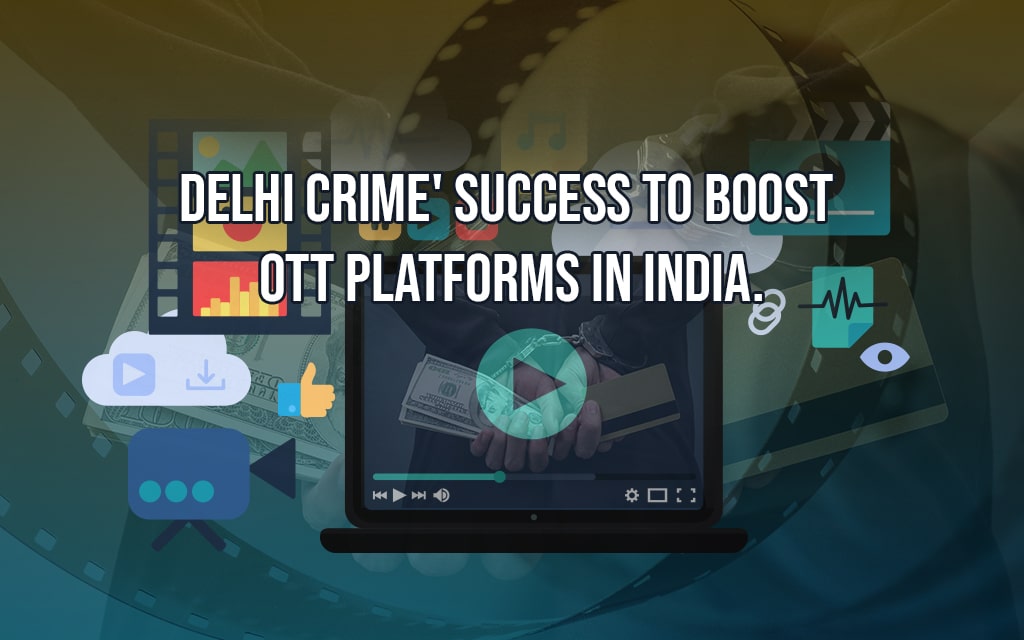